“Your so-called scientific, so-called objective experiments can continue for an eternity, but they only probe further and further with camouflage instruments into a camouflage universe.” [The Early Sessions 2, Session 45]

This is where you’ll find articles about how modern science is finally validating what Seth told us about reality vs.”our” camouflage reality as long as 40 years ago. Some scientists are finally thinking outside the box of mainstream dogma. These are in no particular order.

“Is there a true story, or is our belief in a definite, objective, observer-independent reality an illusion?

“This very question, brought into sharper, scientific focus, has long been the subject of debate in quantum physics. Is there a fixed reality apart from our various observations of it? Or is reality nothing more than a kaleidoscope of infinite possibilities?”

The author of this article compares the Japanese movie “Rahomon,” to a Cornell University article on wavefunction and translates it into “English” for us non-physicists.

Seth concept: You make your reality (power of the mind to create reality individually and en masse)

Dean Radin, IONS, short video on the experiments being done to prove the observer’s effect.

Seth concepts: Time is not linear, simultaneous time, we can change our past and future from the present, the present is our point of power 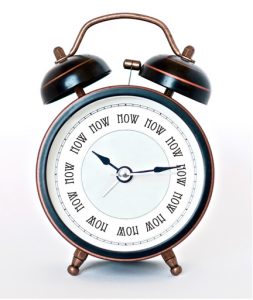 “Is your future already decided? New theory of time suggests that the past, present AND future co-exist in the universe”
http://www.dailymail.co.uk/sciencetech/article-2932870/Is-future-decided-New-theory-time-suggests-past-present-future-exist-universe.html

“Can the past be changed by the FUTURE? Bizarre quantum experiment suggests time can run backwards”
https://www.dailymail.co.uk/sciencetech/article-2946445/Can-past-changed-FUTURE-Bizarre-quantum-experiment-suggests-time-run-backwards.html

“Can the future affect the past?”
http://physicsworld.com/cws/article/news/2012/aug/03/can-the-future-affect-the-past

Seth concept: You constantly make and remake your body based on your beliefs

“[Y]ou make your body, whether you have known this or not. Your body is an artistic creation, formed and constantly maintained at unconscious levels, but quite in line with your beliefs about what and who you are.”
—NoPR Chapter 5: Session 623

“…your own conclusions about age become fact in your experience. In line with them, if you could convince yourself that you were ten years younger, or ten years older, then it would be faithfully reflected in your personal environment….

“If you were twenty, you would be able to draw upon the wisdom you imagine you would have at thirty.

“If you were sixty, you would be able to use the physical strength you imagined was denied you not, but available then. All of this would be physically and biologically expressed within your body as well.
Which you? Which world?”
—NoPR Chapter 5: Session 656

Experiments done by psychologist Ellen Langer, such as with elderly men put in an environment that supported a time period of their youth. The changes in their physical conditions were extraordinary. More info can be found here: https://speakingofseth.com/index.php?topic=815.0) and here:
https://www.nytimes.com/2014/10/26/magazine/what-if-age-is-nothing-but-a-mind-set.html?_r=0

“It’s absolutely possible that there are multiple worlds where you made different decisions. We’re just obeying the laws of physics,” says Carroll. Just how many versions of you might there be, asks NBC News. “We don’t know whether the number of worlds is finite or infinite, but it’s certainly a very large number,” Carroll says. “There’s no way it’s, like, five.” Theoretical physicist Sean Carroll

Seth concept: The Earth’s poles have reversed, and more than once!

Seth: “The poles were reversed — as they were, incidentally, for three long periods of your planet’s history. These civilizations were highly technological; the second one being, in fact, far superior to your own along those lines.”
—SS Chapter 15: Session 562, December 7, 1970

Newsweek article: “Magnetic field reversals happen at random intervals, although in the last 20 million years it appears to have settled into a pattern, happening once every 200,000 to 300,000 years, NASA says. The last full reversal took place around 780,000 years ago.”

“Earth’s magnetic field is known to get stronger and weaker over time—for example, 565 million years ago it almost collapsed completely. It also flips every now and then, with the North and South poles reversing: “If you were alive about 800,000 years ago, and facing what we call north with a magnetic compass in your hand, the needle would point to ‘south,'” NASA explains.

“The unusual behavior documented at the northern magnetic pole has led some scientists to consider whether the poles are starting to reverse again.”
https://www.newsweek.com/ancient-tree-discovered-earths-magnetic-field-1447570